All things cheese in France

People always ask me about this word and what it really has to do with cheese. Terroir is often translated as the ‘taste of the land’ and is a real and yet ephemeral blend of the land, the tradition and the character of any regional product. Cheese is a true expression of the concept of terroir, perhaps even more so, in my opinion, than wine.

Everything within a region, from the animals, climate, vegetation, water and soil, has an effect on the milk which is the nascence of all artisanal cheeses. Combine these factors with the production techniques specific to each cheese, the traditions transmitted down through generations and the quality of the final affinage, and only then can one finally begin to understand the meaning of terroir. So while one can follow the recipe for making a certain cheese, the end product will be an expression of the terroir it represents. Hence, a camembert-like cheese made in Vermont or California might be similar to a Camembert de Normandie, it will recall its roots and therefore be unique.

Posted by Domaines & Terroirs at 01:45 No comments: 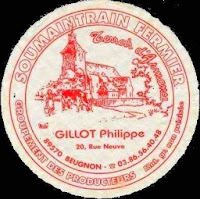 People often ask me what the various classifications of cheese are when looking at cheeses in France. In the case of non-industrial cheeses, what's the difference between an artisanal cheese and a fermier? Or for instance in the case of Comté and other mountain cheeses, coopérative versus fruitière.  Here is a list of the most common distictions:

Fermier –  Someone who makes cheese either in a farmhouse, chalet d’alpapge, buron or other mountain hut, using raw milk from animals raised on their farm following traditional methods.
Artisanal – An individual producer using milk from animals raised on their farm or that of bought in the region.
Coopératives or Fruitières – A single dairy that makes cheese using milk provided by members of a cooperative.
Posted by Domaines & Terroirs at 16:47 No comments: 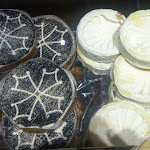 Thanks for your visit

Domaines & Terroirs by Debbi Baron is licensed under a Creative Commons Attribution-NonCommercial-ShareAlike 3.0 Unported License.
Based on a work at domaines-terroirs.com.

THE WORLD OF CHEESE AND ALL THINGS TERROIRS

Cheese...Today this gift of nature is a splendid ambassador of the regions that produce it. Fruit of the patience, creativity and know-how of mankind, cheese draws from cow's, ewe's or goat's milk, an infinity of flavors that tell a story - a gentian meadow, a thyme scrub, a field of apple trees, a rocky hollow, cut hay and fresh straw.